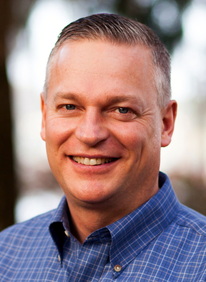 Preacher, Teacher, Husband and Father
Pastor Krause has traveled, studied and served in about 30 countries, including the lands of the Bible and the Reformation.  In the early 1990s he had the privilege of living and studying in the heart of Jerusalem. For nearly three decades he has enjoyed preaching and teaching the truths he has discovered in God's word. He has served as a Bible teacher, evangelist, university professor and pastor. Wherever he has served, Pastor Krause has enjoyed developing relationships with the wider community and reaching out to people of various faith backgrounds. He has had the unique opportunities of teaching God's word in classrooms of various levels from kindergarten to college campuses, prisons, churches of various denominations, synagogues and mosques. God has blessed Pastor Krause with a precious family and he finds immense joy in the privilege of being a husband and father. 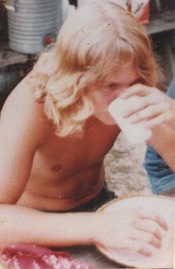 High, Not Happy
As a young teenager, Nathan remembers thinking that the Bible was interesting, but irrelevant.  He didn't see how it could have meaning for him or impact his life.  Nothing could have been further from the truth!  (More about that later.)  At the age of 15, Nathan couldn't cope with the pain brought on by the circumstances of his life.  Not knowing how to manage it, he decided to "check out from reality" and self-medicate using drugs and alcohol.  For the next several years, most of his waking hours were clouded by indulgence in various substances.  In his high school years, a typical day started with a shot of whiskey and a couple lines of cocaine, continued later with whichever recreational drugs he happened to fancy (and be dealing) at the time and ended with a marijuana joint before going to bed.  He was high, but definitely not happy. 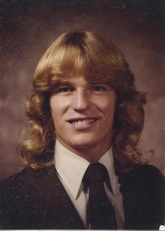 Still Hurting and Empty
The pain was still there, but now it also included the emptiness Nathan felt as he continued trying to fill the giant void in his life with more and more stuff.  But no amount of alcohol, drugs, cigarettes, food, music, motorcycles or relationships could satisfy - let alone provide a sense of fulfillment and meaning.  Thus, he began his search on a journey through psychology, philosophy, martial arts, yoga, Buddhism, Hinduism and a humanistic New Age cult.  The journey was interesting, but not fulfilling.  All of his experiences only left Nathan with more questions and a burning hunger for truth and meaning in life.  He never would have expected that an accident which nearly ended his life would be the very thing which would lead him to find a new life full of meaning and purpose.
The Accident
On a hot August night in 1985, Nathan was operating an overhead bridge crane at the iron foundry in his hometown of Macungie, Pennsylvania.  He had begun his workday at 7:30 am and it was now about 10:00 pm.  He was exhausted and made a careless mistake which left him caught high in the air with 440 volts of electricity surging through his body.  As soon as he felt the sudden jolt of electrical current, he knew that this would be his end.  So, unable to move a muscle or even to call out for help, he waited to die.  Little did he know that within minutes his life would miraculously be spared in a way that would totally transform him in the months that followed.

Hear the rest of Nathan's story in this video.